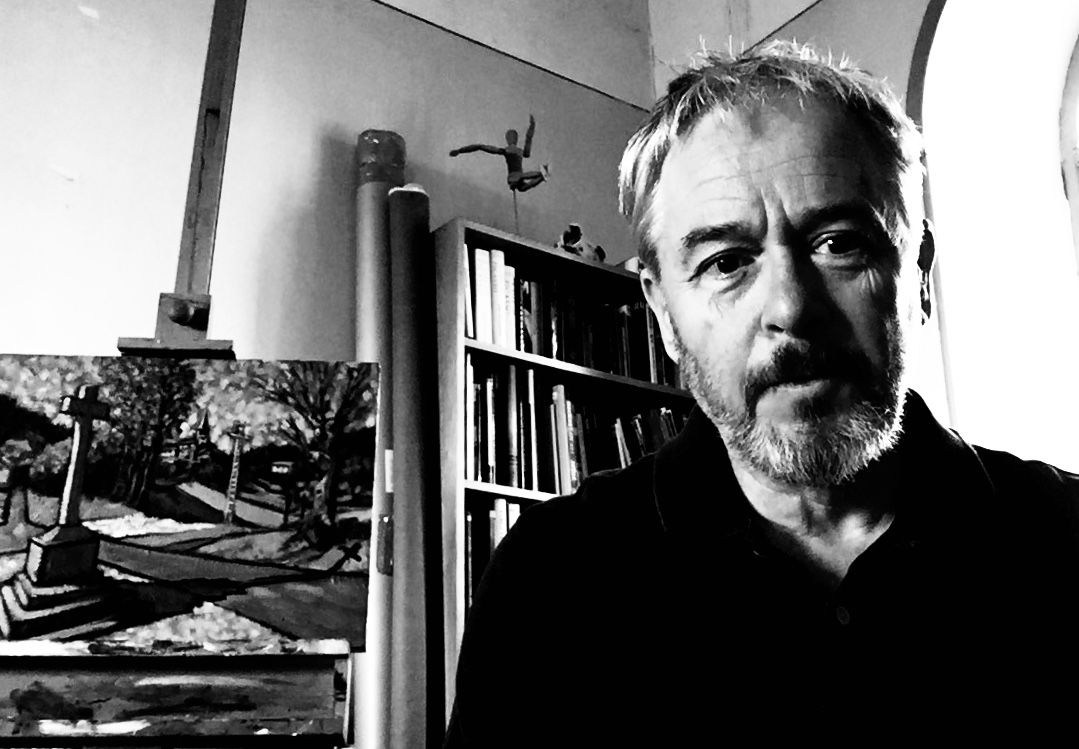 John Scott began his painting career in the 1990's whilst living in the South of France. His work was displayed in galleries in Gordes, Les Baux, Avignon and St Paul de Vence.

During the 2000's painting was mainly done for pleasure and resulted in the larger scale mountain and rams' heads works.

Since the beginning of 2019 John has returned to painting full time and has recently produced a series of paintings reflecting aspects of the landscape in the Auvergne region, namely his home in the village of Vernassal, the nearby towns and villages, churches of the region and the "Vallée des usines" in Thiers. His most recent series are of the interiors of the 18th century convent in which he lives, the empty shop-fronts found in every town and village of the region and local waterfalls.

In 202" Scott's work can be seen at the following exhibitions: